The Dal Rossi Silver/Titanium Chess Set has silver & titanium chess pieces.  In addition to the Chess pieces, the set includes a lockable chess box with felted compartments for storage. The chess box has a carbon fibre gloss finish.

This chess set from Dal Rossi Italy features silver and titanium chess pieces and a shiny polished carbon fibre chess board with a lockable felt-lined storage compartment. The board measures 51 cm (20″) and the largest pieces (i.e. the King) measures 101 mm.

Aside from letting you play your usual game of chess with your family and friends at any time and day, this elegant and gorgeous looking set can also very well serve as a wonderful display piece in your living room or game room.

A Bit of Chess Trivia

Chess is believed to have originated from Eastern India between the 3rd and 6th Century A.D. during the Gupta Empire. The oldest archaeological artifacts of an early form of chess (comprising of two ivory pieces) were found in 1972 in Dalverzin-Tepe (located in southern Uzbekistan). The artifacts are said to date back to the 2nd century. However, some contend that the artifacts cannot be considered as chess pieces or even chess-related since they represent an elephant and a bull (which are not found in the modern chess sets).

The more widely-accepted oldest artifacts of modern-day chess were found in 1977 in Afrasiab (also in Uzbekistan). The artifacts, which date back to around the 7th century, comprise of seven small ivory figurines, among which were two foot soldiers, a knight, a mounted elephant, another mounted animal, and two different chariots.

The rules of the modern game of chess started to evolve and take root between 1200 and 1475 in southern Europe and were later adopted in Italy and Spain.

Chess has held a significant place in culture since the Middle Ages. Called the “King’s Game”, it was used during the Middle Ages and the Renaissance as a tool for teaching war strategy. It was also often used as a basis of sermons on morality wherein chess pieces were used to represent different classes of people, and the rules of the game (as well as the visual properties of the pieces) were used to represent human duties.

Later, during the Age of Enlightenment in 18th century Europe, chess was viewed as a means of self-improvement where people can learn foresight, circumspection, and caution. And many schools these days teach chess to children based on these concepts.

There are no reviews yet.

This site uses Akismet to reduce spam. Learn how your comment data is processed.

Learning toys allow kids to mimic some of the things they see you doing every day and learn skills in the process. Great for role playing, getting kids END_OF_DOCUMENT_TOKEN_TO_BE_REPLACED 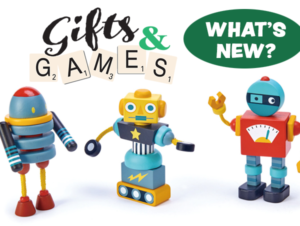